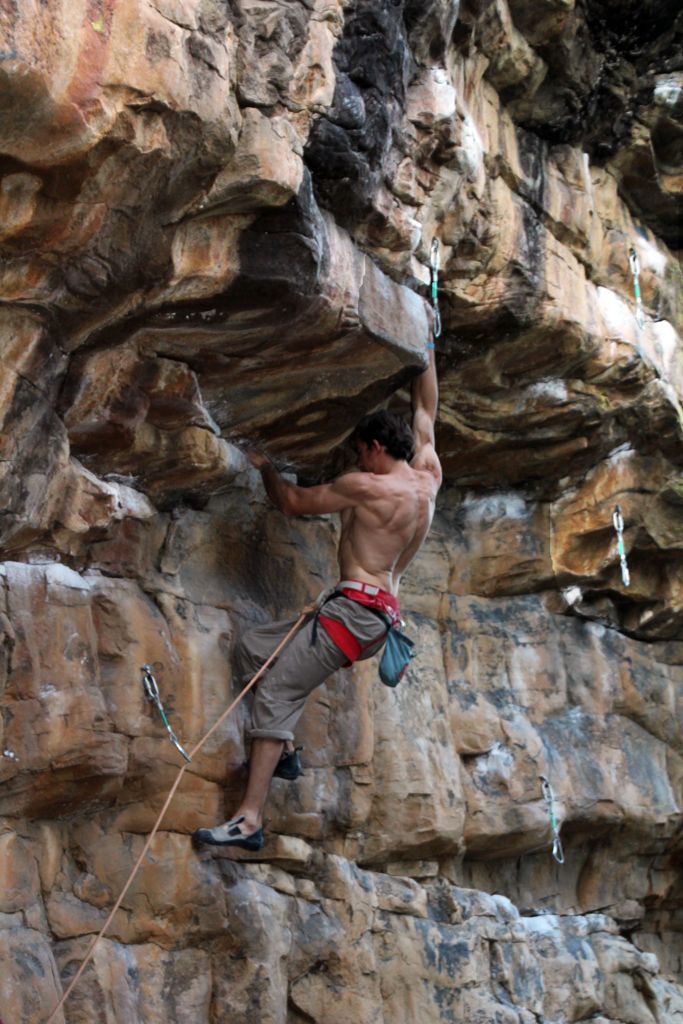 Climbing for 24 hours is fun for the hardcore

Climbing Magazine rated it as one of "the Most Difficult Endurance Events in the Nation." Outside Magazine says it's "The Wildest Rock Climbing Event in the World."

Nestled in the heart of the Ozark Mountains that surround scenic Buffalo River, Horseshoe Canyon Ranch will host the 14th annual “24 Hours of Horseshoe Hell,” Sept. 26-29.

Climbers from North America, Australia and Europe have traveled to The Natural State to compete in this totally original experience. Alex Honnold, the subject of the 2019 Academy Award-winning documentary Free Solo, also has been seduced by this one-of-a-kind adventure.

When asked why they attend 24HHH, the general response of climbers is “because there is no other climbing event like it in the world.”

The rules are simple; basically the same as from 2006 when founder Andy Chasteen and a few buddies were sitting around a campfire and one of them asked, “I wonder how many routes a pair of climbers could climb if they kept at it all day and all night, nonstop?”

The group initially planned to try climbing 24 hours straight on their own. Realizing that their climbing buds would be miffed if they were left out, they decided to include a “few” others. Three months later, 120 climbers turned out to answer the challenge.

The event grew until, in the interest of controlling the environmental impact, Chasteen capped the number of competitors at 300.

For those unfamiliar with rock climbing, there are two styles of climbing that qualify for this competition: “sport” and “trad.”

Sport climbing is following routes with pre-placed permanent eyebolts up a rock face. With the rope fastened to a waist harness, climbers ascend, clipping the rope into the fixed bolts as they progress up the rock slab. The other end of the rope is kept taut by a belay partner in case the climber takes a fall. This way the fall will be limited to the distance of the last clipped bolt.

Trad, or traditional, routes are devoid of fixed bolts. Climbers must place removable devices within cracks or crevices as they go up the rock, then clip the rope into these devices. Trad climbers also rely on a belay partner on the ground.

Imagine climbing an 80-foot sheer rock face, from one eyebolt to the next, by grasping the tiniest sliver of rock outcropping with your fingertips, smearing the side of your toe into a similar outcropping below, then hefting your body up the face of the wall.

Now, imagine repeating this for more than 300 routes, for 24 hours, non-stop through the dark of night, with an accumulated elevation of more than 14,000 feet. This is what earned 24HHH the title of “The Most Difficult Endurance Event in the Nation.”

Because these lean-muscled athletes also wear tutus, brightly painted faces or bodies, designs shaved on their heads, superhero costumes and just about any bizarre getup, it’s also “The Wildest Rock Climbing Event in the World.”

The festive atmosphere holds throughout the entire competition with climbers’ shouts, whoops and hollers echoing across the canyon at the top of each hour to celebrate another hour completed.

The spirit of 24HHH is exemplified in the “Climb for Glory” – the climbers’ creed that opens the competition. A costumed Gordo the Great (aka Jeremy Collins) stands in the bed of a pickup truck, bellowing the creed to the crowd of 300 participants.

Standing face to face, each pair of climbers repeats the creed, in equally rambunctious exuberance, to their cohort for the coming 24 hours of shared suffering. It is a light-hearted way to remind everyone that partners hold one another’s lives in their hands.

You don’t have to compete, or even climb, to enjoy this festive experience. You can become an integral member of this family as a volunteer, or just attend to watch and provide moral support for these remarkable athletes.

Learn more and sign up to compete or volunteer at twofourhell.com, where spectator passes can be purchased, as well. Passes include camping, climbing (no rope climbing during the competitions), swag, film screening, pasta dinner, pancake breakfast, adult beverages (over 21 only) and more.

Horseshoe Canyon Ranch is near Jasper, Ark., off Arkansas 74, near the beautiful Buffalo National Wilderness Area.

Taking the Climber's Creed
To begin 24 Hours of Horseshoe Hell, climbing partners recite the creed. Photos by Bob Robinson
Up the rocks they go.
Climbers achieve as many routes as possible in 24 hours.
One hold after another
Every route presents a different challenge to climbers and belayers.
Through the night.
All night, the climbers notch off more routes, with lights, safety crews, scorers and boisterous audience.