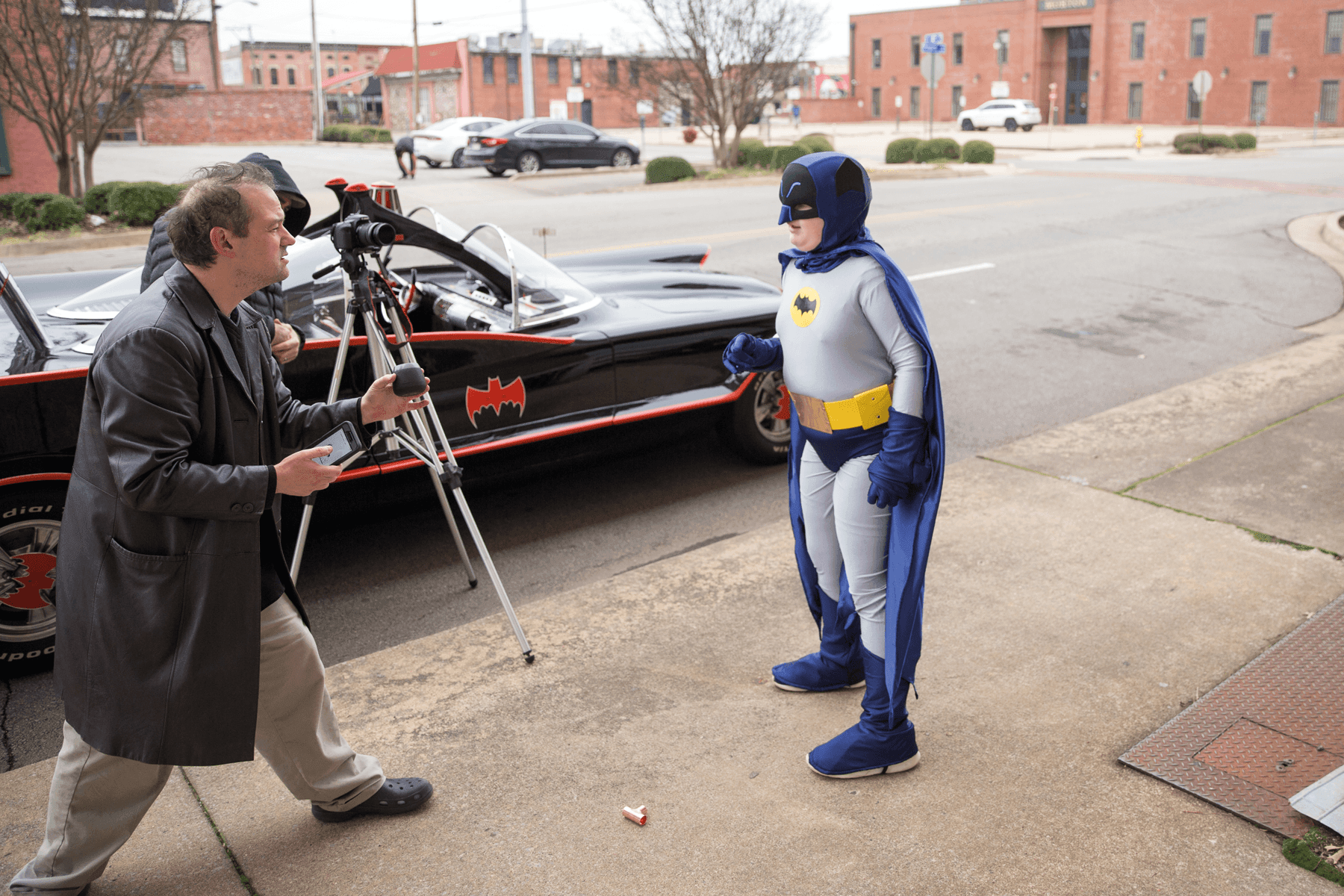 Update - Batman: The Scheme is Sound will be screened at the Fayetteville Film Festival. Free, but tickets must be obtained online. The student film will be shown at 12:45 p.m. Oct. 5. Free tickets are available online. There will be a short Q&A with cast and director Kevin Croxton. Get tickets at fayettevillefilmfest.org.

The Dynamic Duo is really in peril this time! Batman and Robin are up against familiar arch-villains Riddler, the Joker, Cat Women and Penguin. Tune in at the same Bat-Time to a brand-new Bat Channel – a YouTube channel called Pointer Media (Van Buren School District). “Batman: The Scheme is Sound” is viewable online, now.

Two earlier films by the Parkview Elementary Music Club can be seen there: “The Adventures of the USS Parkview: A Star Trek Fan Production” and “Fantastic Gifts and Where to Find Them.”

All three excellent short films were created over the last three school years with student actors and singers and original music composed by Parkview music teacher Kevin Croxton, who led these casts, including a volunteer crew of film professionals, parents and friends.

These music videos are a project of fourth and fifth grade students in Croxton’s Music Club, who commit to learning songs and dialogue, then learn how movies are filmed, lighted and recorded – often out of story order, in short scenes or while dealing with special effects. The cast must keep the end goal in mind in order to give a good performance, Croxton explained. He praises them for not only their acting and singing but for patience and good behavior during the lengthy process.

By now, each new cast has a high standard to meet. Last year’s Star Trek fan film was a multiple award winner. It won Best Fan Film in a Virginia film festival; Best International Short Film in a festival held in Washington and in Miami, Fla., Best Director and Best Family-Oriented Sci-Fi Film and was a finalist in 9 of 11 catergories in an Atlanta festival - receiving the most nominations.

To be eligible to enter film festivals, Croxton met various qualifications that allow a film to be listed on the Internet Movie Database. The student actors can now say “look me up on IMDB,” he said, which is just too cool. That why the film following ‘Star Trek’ had to be just as ambitious. When last year’s classes began, Croxton hadn’t settled on an idea, he recently told the new River Valley Film Society where he screened the new film. He was praying for inspiration when began to receive “bat signals.”

He learned there is an excellent, locally-owned Batmobile. Shooting locations came to mind that could stand in for familiar Batman sets such as stately Wayne Manor, the Gotham City municipal building, a period diner, a museum, Commissioner Gordon’s office and of course, the classic abandoned warehouse. Watch to see what local landmarks served as those fictitious locations! All are recognizable. The film is faithful to the fun to the colorful 1960s TV series, down to the Batphone and other distinctive props.

Once again, the music club had the help of the same talented, volunteer seamstress who tailored high-quality adult-sized costumes to fit. The same make-up artists participated (and had received nominations for their work.) Parents served as production assistants, grips, craft service (food) and cast wranglers. Everyone who helped is credited at the end of the film, but even more so by Croxton. He gives great thanks to encouragement from his principal and superintendent. As a teacher he marvels, especially, at the outstanding effort made by students to create the best film possible. “These kids are just amazing,” Croxton said.

What will Music Club film this coming year? Don’t touch that dial!